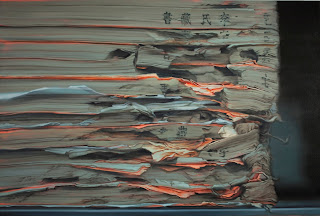 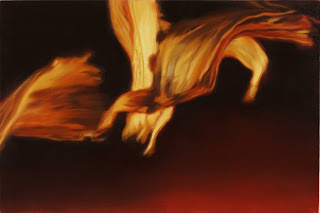 Xiaoze Xie contemplates the relationship between history, media and time in photo-based paintings that reflect on the conditions of materials in libraries and historical events. Painted after photographs that he has taken in libraries, Chinese Library No. 46 depicts the edges of stacked manuscripts in full decay. Untitled #3 is painted after stills from the documentary Degenerate Art (1993), and presents a detail from a scene on book burning under the Nazi regime during the 1930s.
Newer Post Older Post Home